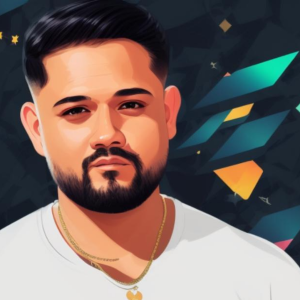 Anonymous Israeli Mossad intelligence officers claim that the widely reported death at age 57 (1) of the Baron Benjamin de Rothschild was actually faked and that the Jewish-French banker has now gone into hiding in Patagonia after “special forces were closing in on him as one of the key criminals behind the ongoing pandemic”. This was reported earlier today by Benjamin Fulford (2), senior member and official spokesperson of the White Dragon Society.

Mister Fulford went on to assure his subscribers that “There is nowhere either on or off this planet where these people will be able to hide once their crimes against humanity are fully known. They are being systematically hunted down by White Hat special forces.”

He also provided a satellite image of the Baron’s alleged hideout, a luxury mountain top resort like something out of a James Bond movie:

Arakur Resort & Spa is located within a natural reserve just outside Ushuaia, Argentina, “the world’s southernmost city”. Here is their address and contact information:

This writer diligently picked up a landline phone and gave the resort a ring. A young-sounding woman answered and this writer asked to speak with Señor de Rothschild. She said that there were no guests at all because the hotel was closed, presumably due to a COVID contingency. This writer went on to inquire on anything she might have seen before she suddenly hung up without saying a word.

Arsenio de Otañes (born Arsenio III de Otañes y Lafont on November 24, 1990) is a Mexican autodidactic historian, geostrategic intelligence analyst, and investigative journalist based out of his native city of Tijuana, Baja California, and is also supervising the reforestation and sustainable development of a permacultural settlement, Villa Cascabel, in the Valle de Guadalupe, Mexico’s foremost wine region and gastronomical hotspot. Arsenio de Otañes grew up just across the Unitedstatsian border in San Diego, where, from a very early age, he began his ongoing self-directed education in history and geopolitics.